Crashed Messerschmitt 109 in my 'backgarden'

Hello folks,
Thought this might be of interest to some of the more historic buffs among you. 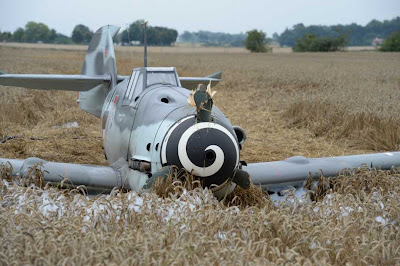 This beautiful Messerschmitt 109 was performing stunts at a local airshow here in Denmark, very close to where I live (see the video below), but was forced to crash land due to engine failure. 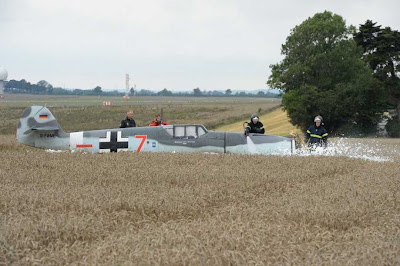 This made it possible to get some excellent pictures of a downed Messerschmitt 109: 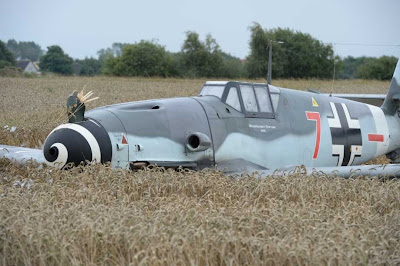 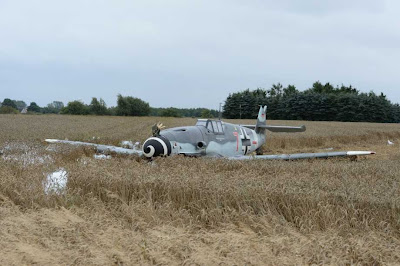 Link to the video. About four minutes in, you can see the plane land.


Anyways, thanks for reading - if you found the post interesting then any comments or tips (commercial clicks :-)) are greatly appreciated!


Until the next time; stay safe and prepare to slaughter Zombies!
All the best,
Kasper
Posted by Kasper at 9:40 AM 3 comments:

Hello all,
I had the pleasure of visited a small war museum (Skagen Bunkermuseum) recently and while I was looking at their WWII memorabilia, I found a very interesting original letter from General Montgomery to Generalmajor Frank Simpson. According to the description, Simpson was at army HQ, and Montgomery was writing from his tactical HQ, describing the events of the landing.

There are quite a few fascinating tidbits in the letter that I, at least, had never heard of before, and I thought there might be quite a few readers who are also interested in this aspect of the Second World War and D-Day in particular.

Just the opening statement is fascinating: "There is no doubt that the Germans were surprised, and we got on shore before they had recovered. The speed, power, and violence of the assault carried all before it." Excellent stuff!

I've uploaded some high quality pictures which should allow you to read the letter itself, but these are the things that fascinated me the most:

* The most feared enemies were female German snipers, suggested to be the wives of the German soldiers.  They apparently were primarily targeting officers. Four of these women were killed by Canadian troops.
* They took several hostages (ca. 6000), including Japanese and Russians. Wonder who they were and what they were doing there..
* This statement: "The Germans are fighting well; Russians, Poles, Japanese, and Turks, run away; and if unable to do so, surrender." gives a lot of information on morale etc.
* the First US Army apparently had "a sticky party at Omaha and its progress at Utah has not been rapid." There is a lot of casualties behind that sentence.

If you have any extra information on these points, I would love to hear from you. 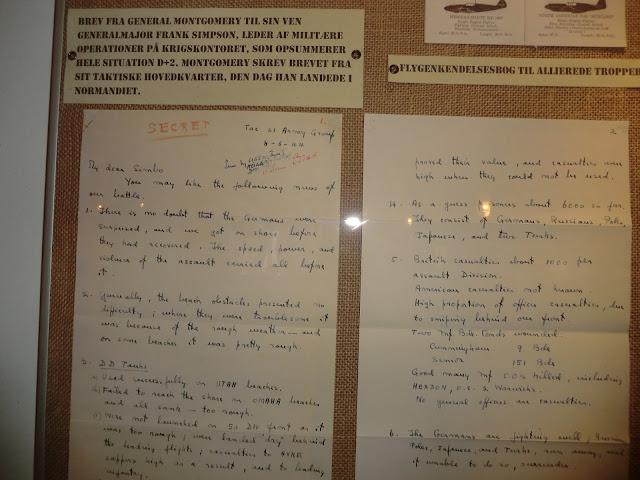 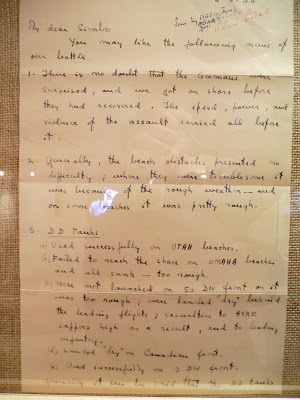 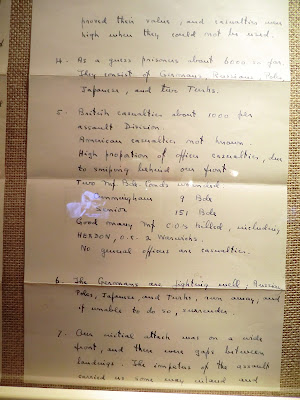 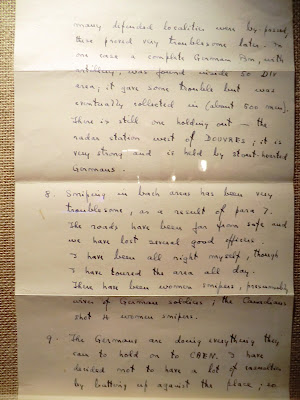 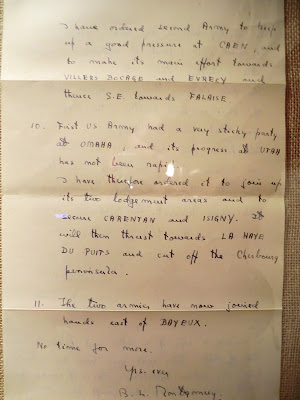 All the best,
Kasper

Email ThisBlogThis!Share to TwitterShare to FacebookShare to Pinterest
Labels: American, Other

Hello all,
While I was away Gaijin introduced a large update. Most of this is small fixes, with a reduced magazine loadout for some planes, etc. But the most important element, hidden at the middle of the list, was that they have nerfed the auto cannons: New heating parameters for large caliber automatic cannons M4, M10 and NS-37. Long bursts of more than 5-7 shells now lead to gun jamming!
I've only got very limited game time at the moment so I havn't really noticed this change, but I hope it is for the best.

The rest of the changes are as follows:

Hello all,
Recently a Q&A was held where Trojan and Borisych answered a ton of questions.
I've singled out a few answers that seem the most important to me:


Q: Why plane of same tiers does not have same cost and repair cost?
A: Variant, efficiency, engine rating, weapon rating are all factors to take. It is very hard to place planes to tier to exactly match each other. Sptfire MkI and Bf-109E-3 are good match because they fought each other, but E-3 had an edge on Spitfire.

Q: What happened with economy and why is economy like this now?
A: Basically, we don't want people to join the game and get to level 20 in a week. Before, that was possible, people come to game, bomb targets, leave the game or kamikaze not being punished at all. Now economy is set to eradicate that. Also, every economy change need to run for at least a week for data gathering before any decision is made. So, don't worry about economy too much, it will be changed for sure again and again.


I.e. stop whining about the economy :-)

Q: Bomb load of some bombers in the game is lower than what bombers could take in real life?
A: That was done intentionally because of balance and necessity to stop bombers from killing all ground units in one pass.
Interesting that they admit this

Q: Why is AAA's super accurate? how can they track you from +10km ?
A: If it becomes player controlled your going to see a whole different ball game.
Player controlled AAA-guns?


Q: Why cant we see what ammo is in the 'default' ammo type?
A: Its a bug and will be fixed soon, hopefully the next patch. 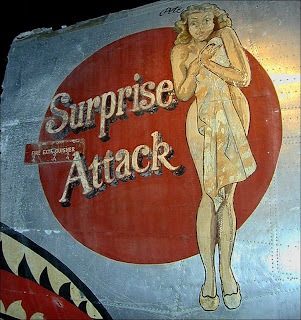 The complete transcript can be found here: http://forum.warthunder.com/index.php?/topic/23544-qa-session-with-trojan-and-borisych-22032013/

Other blogs of interest